Everyone has seen the pictures of a big fat Indian wedding, and the aspect that we truly love about it is the number of rituals and traditions being followed across multiple days. These cultural bits come with so much meaning and make them truly special. No matter where you live, there will always be several customs and traditions that will revolve around weddings and various other events. These Hindu weddings are no less than a festival, that replicates the union of two souls on multiple levels, physical, spiritual, and emotional. Multiple prayers and celebrations occur in the presence of the bride’s and groom’s families. In this blog, we will discuss the top few rituals that will be the perfect representation of a Hindu wedding. As India is one of the most diverse countries, there are various religions,, each of which comes with its own set of traditions. Now without any further adieu, let’s take a deeper dive. 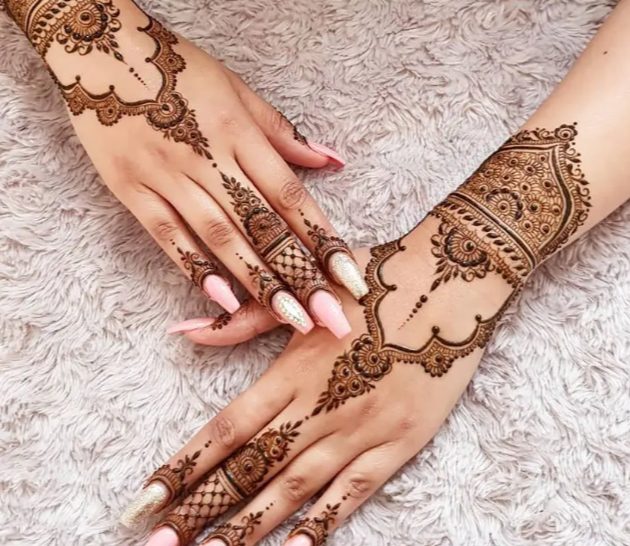 Top 6 Facts You Should Know About Traditional Indian Weddings

For you, it might be a bustle to decide whether you want to get married in spring or summer; a Hindu couple can’t worry less about themselves when choosing the date. The stars and planets choose the date you see on the wedding invitation after closely analyzing the zodiac signs of the couple. Hindu mythology believes that it will ensure prosperity and peace.

There are high chances that any Hindu wedding you have visited, it has a good use of bright colors from the attires to decor. The dress for the bride is generally a sari that has a red base with golden work on it. According to the rituals, it highly symbolizes spirituality, commitment, and fertility. For good luck, there is also a red powder called kumkum applied on the forehead.

Another essential factor that is a crucial part of any Indian wedding is mehndi. It is said that when life gives you lemons, make henna out of it. The paste is created using the Lawsonia Inermis leaves’ powder and lemon drops. If we look back to its history, it dates back to 5,000 years and it has multiple medicinal features apart from just being a cosmetic. There is a dedicated day for the mehndi where all the female attendants will gather to get it on their hands.

As the wedding is loaded with various rituals, there is another one for good luck. On the morning of the wedding, the couples get applied with turmeric paste that is called haldi in the local language. It is believed that the primary purpose is to get rid of all the evil spirits and provide healing to any sort of illness, all thanks to turmeric’s powerful medicinal features. The event is attended by all the close family members of both the families.

Flowers, colorful drapes, and extravagant lighting are the essential elements of the mandap where the couple sits together after the bride walks down the aisle. It is also the place where all the rituals and prayers are performed. The structure is the representation of a couple’s well being where each pillar denotes the strength and love of the parents. 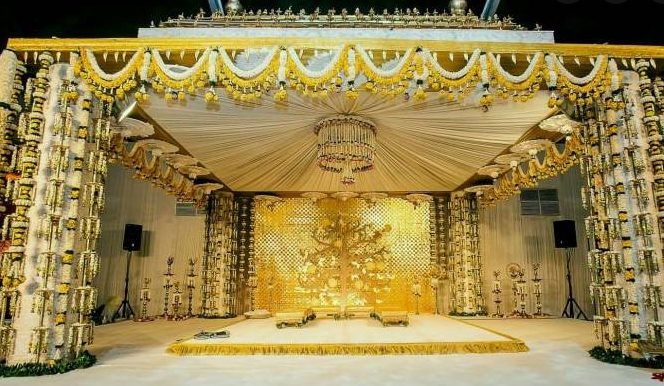 Well, the term ‘tying the knot’ gets literal in Hindu rituals. The groom has to tie the most sacred thread that is prepared using the white, red, and black beads. The beads are attached to a yellow string that is black or yellow in color. Tying the thread around the bride’s neck represents that she is now a married woman. It will be worn throughout rest of her life.