We all wish for some peace and quiet sometimes. When it comes to finding a house, we have the option to experience the fringes of society or live quietly in the middle of nowhere without neighbors for miles around. This isn’t wishful thinking for some people. Living in a remote island away from the humdrum of the everyday. If you like living a simple life, here are some of the most isolated houses in the world.

These Houses Have No Neighbors At All

Situated high up the rocky hills of Meteora lies not just one but six monasteries that are still fully functional to this very day. Holy Trinity, the oldest of the six monasteries, provides a panoramic view of the Greek town of Kalambaka. To enter the monastery, you need to take a series of 140 steps which clubs about 400 meters high carved directly into the cliff face.

This tiny island in the midst of Canada’s Saint Lawrence River has room for just one house. At high tide, the water of the river often overlaps with the walls of the house. During low tide, however, you can set up your garden furniture on the porch and soak up the sun completely neighbor free.

Built-in 1319, the Hermitage of San Colombano stands at 120 meters up a cliff and is seemingly carved into the deep valley. Although it is clearly visible to passersby, the location of the house sends a clear message that the occupants do not want to be disturbed.

Katskhi Pillar was a 7th-century rock that rose 40 meters high and eventually became the site of a small Christian church. In the last two decades, the church was inhabited by a Georgian monk who maintained the church while enjoying the view of the forest below. Even to this very day, women are prohibited from climbing the top of the Katskhi Pillar. 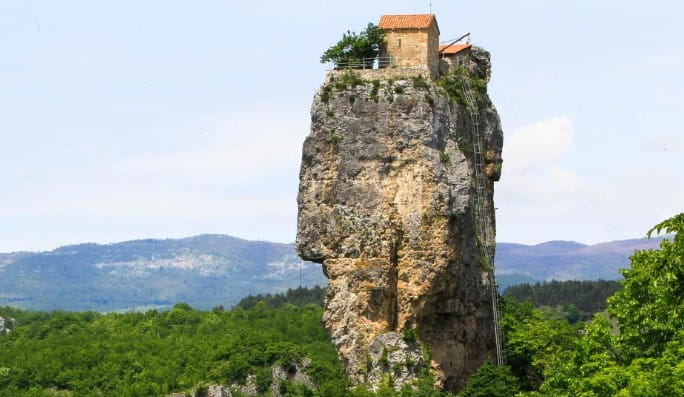 Located just a few miles outside the Swedish capital of Stockholm is an isolated 137-square meter island that is home to a rather modern but secluded residence. The house boasts of a beautiful glass door, wooden decks, and an outdoor sauna that offers comfort and relaxation to residents.

If you really want to be isolated from civilization, this island in Iceland perfectly fits the billing. On the island, your only neighbors are few stray cattle that amble about the grassy rock. Not much is known about the island or the house that sits upon it. However, according to sources, it is now simply used as storage. Although unoccupied, it is privately owned and is only accessible with their explicit permission.

Located in Winter Island, Antarctica, the Wordie House is an early British scientific base that initially accommodated between 4 to 5 explorers. It was made from materials from an abandoned whaling station in the late 1940s. The house offers a kitchen and living room, office, dog room, generator hut, and toilet.

On the autonomous Faroe Islands located between Norway and Iceland, the Faerose Houses are literally built into the ground and surrounded by stone walls, not unlike the homes built by the Vikings between 400 and 600 AD.
These houses have served a lot of functions from Russian cabaret to gala venues in the early 20th century. It has survived several fires and numerous epic storms.

Located in the island of Vagar in Faroe Islands, the village of Gasadalur can be notoriously difficult to get to. It is surrounded by steep cliffs by the sea and massive mountain peaks on land. A tunnel blasted through the mountain built-in 2004 made the village accessible to automobiles. 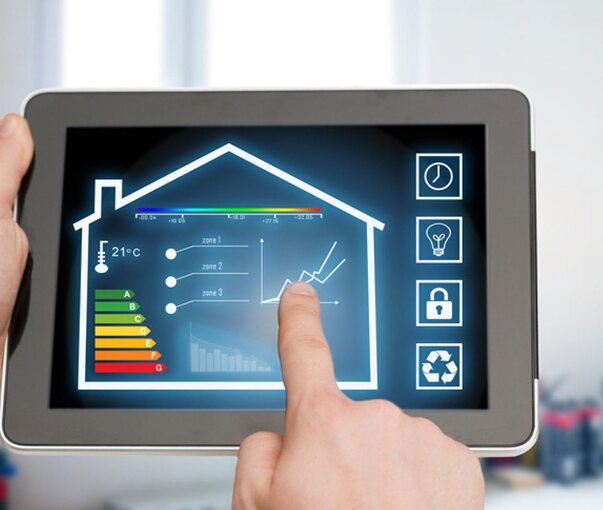 Tips To Save Power In The Winter Season

If you compare the sources that consume a significant amount of power, it will be the cooling and heating system. Winter has arrived, and it’s high…

Buying A Smart TV? Here Are Few Features You Must Look For

There are various products available in the market that claim to offer intelligent features, and once you dig in, there is nothing innovative about them. The…